Thanks to a continued focus on customer service, careful management of expenses and increased consumer confidence, LCBO’s financial results for fiscal 2014-15 show net sales growth of 4.3 per cent, topping the $5 billion mark for the first time, at $5.214 billion. The provincial agency transferred a dividend of $1.805 billion to the Ontario government (excluding taxes), $65 million more than the year before.  Net income for 2014-15 grew $70 million to $1.818 billion, an increase of 4.2 per cent. The Office of the Auditor General of Ontario has yet to review these figures.

It was LCBO’s 20th straight year of record sales and 21st consecutive dividend increase to the province. The annual LCBO dividend pays for provincial government priorities such as health care, education, infrastructure and other important public services.

LCBO is committed to making a positive difference to the people and communities it serves. In fiscal 2014-15, LCBO retail staff challenged more than 13.5 million people who appeared underage or intoxicated, or who were suspected of attempting to purchase alcohol for an underage or intoxicated person. More than 439,000 individuals were refused service; 88 per cent for reasons of age.

“This year’s strong sales growth will allow LCBO to return another record financial dividend to the government. At a time when Ontario’s economy is growing modestly, LCBO delivered these landmark results in fiscal 2014-2015 by effectively managing expenses and, above all, focusing on delivering excellent customer service,” said LCBO President & CEO Bob Peter. “I have every confidence our ongoing commitment to continuous improvement, especially when it comes to the customer shopping experience, will enable us to build on this success in an expanded and more competitive marketplace.” 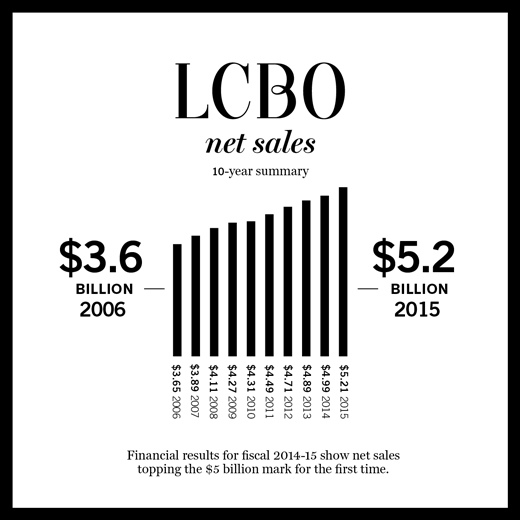 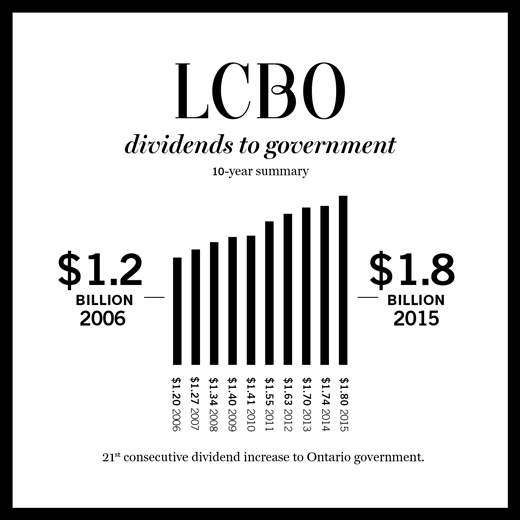 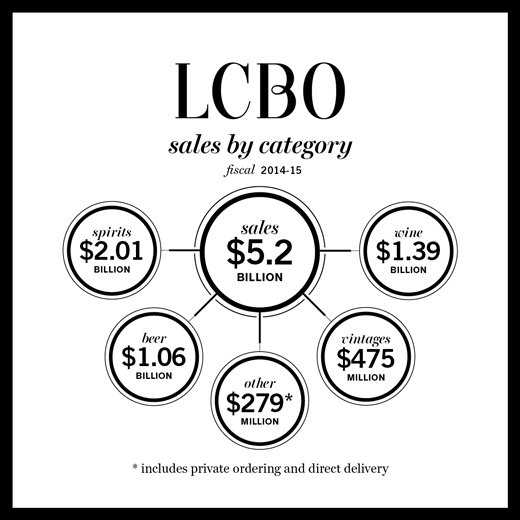 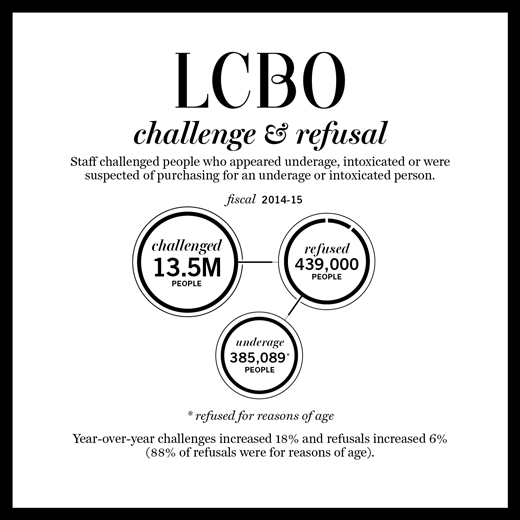 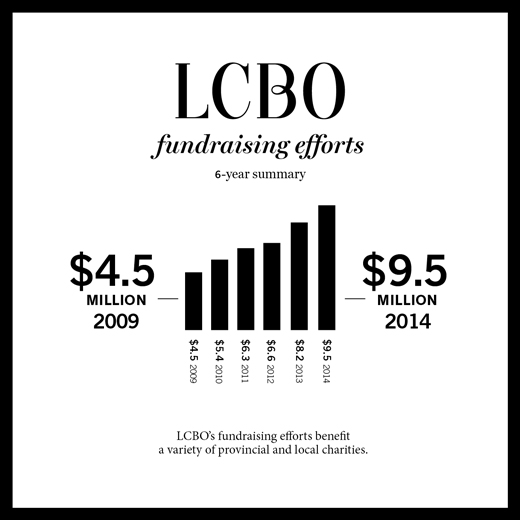