With one million more transactions than the same period last year, for the first time, sales at LCBO during the holiday period broke the $1 billion mark. ($1,002,863,000). Online gift card activations for the same period were up more than 110 per cent over last year and locally-produced craft beer and VQA wine saw increases of 28 per cent and 5.4 per cent, respectively. LCBO’s holiday period runs from the second week of November through to the first week of January.

VINTAGES sales were also strong during the holiday, with year-over-year growth of 8.5 per cent showing continued interest in premium spirits and wines.  Holiday sales in the top 10 best-selling VINTAGES wine Essentials grew by nearly 30 per cent over holiday 2013 and sales of Champagne and sparkling wines through this channel experienced growth of 10 per cent.

“Holiday generally represents about 20 per cent of the LCBO’s total annual sales and this year we surpassed the billion-dollar mark, helped in part by less harsh winter weather, compared to last year, and more disposable income due to lower gas prices,” said Bob Peter LCBO President & CEO. “LCBO customers responded positively to our product offerings from Canada and more than 80 different countries that they could enjoy and share with friends and family. Strong holiday sales growth will contribute to our ability to return another record financial dividend to the government.” 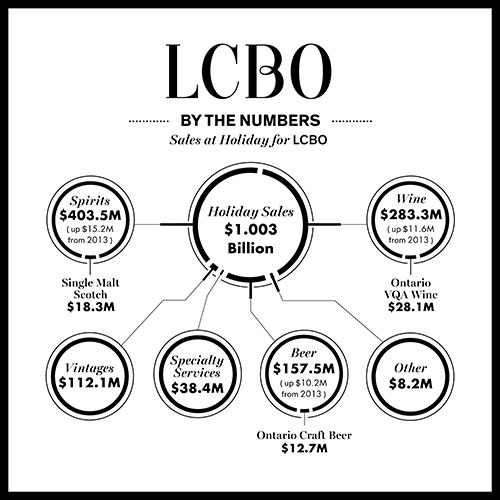 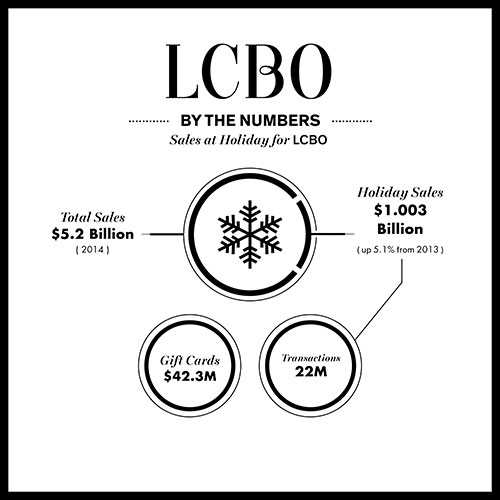 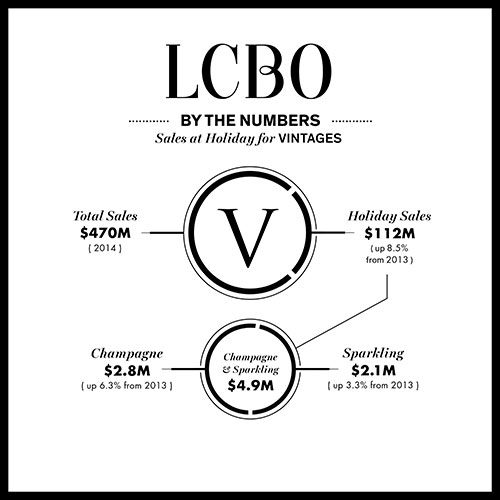