Of the $8.2 million total, $7.7 million was raised in LCBO stores through customer donations. LCBO’s Eastern Region, which includes Ottawa, Peterborough, Durham and Kingston areas, contributed more than $1.48 million to the total.

“We would like to thank the LCBO, its employees and especially its customers for donating a record $312,613 to CHEO,” says CHEO Foundation President & CEO Kevin Keohane. “The population across the Eastern Ontario region continues to grow at a rapid pace and these donations will enable CHEO to purchase a new Neonatal Transport Isolette to transport premature babies from community hospitals to receive the life-saving care they need, in addition to supporting research to help children receive the best treatment available.”

“The $8.2 million raised for worthy causes in 2013 is a testament to the generosity and community spirit of our customers and employees,” says Mark Mason, LCBO Eastern Regional Director. “It shows that when we work together, we can make a meaningful difference in the lives of individuals and communities across the province.” 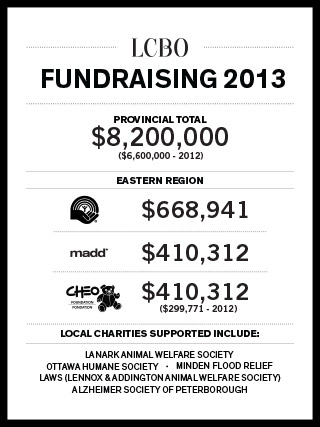 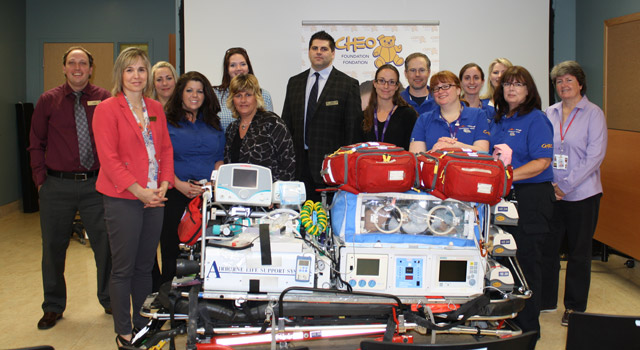 LCBO representatives celebrate the generosity of customers and staff who raised over $312,000 for CHEO Foundation as part of the 2013 Giving Back In Our Community campaign. These funds will purchase a new isolette (pictured) to transport premature babies to the hospital.