It was LCBO’s 19th straight year of record sales and 20th consecutive dividend increase to the government. The annual LCBO dividend pays for provincial government priorities such as health care, education, infrastructure and other important public services.

In fiscal 2013-14, LCBO retail staff challenged more than 11.4 million people who appeared underage, intoxicated or were suspected of purchasing for a minor or an intoxicated person. More than 414,600 individuals were refused service; 86.9 per cent for reasons of age.

Customer donations at LCBO checkouts and employee fundraising efforts raised $8.2 million for worthy causes in 2013, an increase of 24 per cent over the previous year. 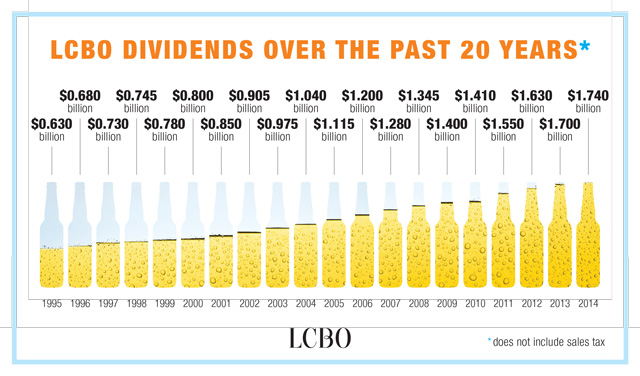